Red light therapy is not just for humans, our furry friends can also experience the multiple wonderous benefits of this therapy. Animals suffer many of the same afflictions that humans do; arthritis, inflammation post surgery, slow healing wounds, infections, tendon issues, sprains and strains. Just as people are shifting towards more holistic forms of treatment for themselves, pet owners are seeking the same for their beloved animals. Red and Near Infrared light works much the same way in animals as it does in humans. Light in the Red and Near-infrared spectrums increase cellular energy in the mitochondria. Energised cells function better and more efficiently enabling faster healing, reduced pain and better overall function and health. Most pets are very comfortable around Red Light. Dogs have a more limited visual colour range than humans so are not as visually sensitive to light as humans. Cats tend to love warmth so love being exposed to light as do many other pets. Smaller animals may need less exposure to light whereas larger animals will benefit more exposure. Furry animals will gain more from being close to the light because fur, like clothing will hinder the penetration of light to the tissues. Slow healing wounds, infections or post surgical wounds respond tremendously well to Red and NIR light. Pets, horses and any animals that have wounds can often experience huge acceleration of the healing time with exposure of the wound to light. There is no difference in our LumiRed panels for animals instead of humans so they can serve a dual purpose of improving the health of you and your family members as well as your beloved animal. Research: Red Light Therapy for Horses A study found that horses with soft tissue injuries heal significantly faster when treated with a red light wavelength of 635nm. Wounds were made in the mid-metacarpal region of the legs of eight horses. After eighty days, horses treated with the red light had fully healed, while those in the control group (which hadn’t received the treatment) were still in the process of healing. The study’s authors concluded that red light therapy promoted tissue regeneration while reducing inflammation and pain. Another study carried out on fourteen horses in 1987 found that infrared light therapy alleviated chronic back pain. The horses had been unable to perform at their expected standards due to longstanding back pain, and had received little benefit from other therapies. They received a light therapy treatment weekly, for an average of 11 weeks. Ten of the fourteen horses experienced an improvement in their back pain that was so significant they were able to return to training and competing. At the one-year follow-up, nine of these ten horses continued to perform well. Red Light Therapy for Dogs A study evaluated the effects of preoperative red light therapy on dogs undergoing bone surgery. Twenty-seven dogs were divided into two groups, one of which received the red light treatment pre-operatively, the other of which received a sham treatment. Eight weeks after treatments, a greater proportion of the dogs treated with light therapy had healed. These findings were supported by another study which found near-infrared wavelengths significantly accelerated bone healing in dogs.
Filed in: arthritis dogs, Category_Learn, red light therapy dogs, red light therapy horses, wound healing horses
Share:
Share on Facebook Tweet on Twitter Share on LinkedIn Pin on Pinterest
Previous article Explainer-How does Red Light Therapy work?
Next article LumiRed vs LumiPro: What are the differences?

Added to your cart:

Let customers speak for us

I can't express just how happy I am with the results so far. I've only been using the Lumipro 750 for 3 weeks now and it's amazing. I have primary lymphedema and have had extra fluid and swelling that I've been trying to get under control with for years and within a week there were visible results. Its like I dissolved from the inside. Fibrosis around my joints has become more soft and pliable which has helped with chronic muscle and nerve pain in my neck, arms and hands. Honestly I'm totally shocked by the results and buying the panel is the best decision I ever made.

This is awesome and working as needed.

I would 10/10 recommend if you are interested in the following:

I use this Product every morning while I meditate. Worth every cent. 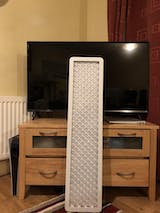 Very good communication. Everything when smooth. Thanks from Denmark